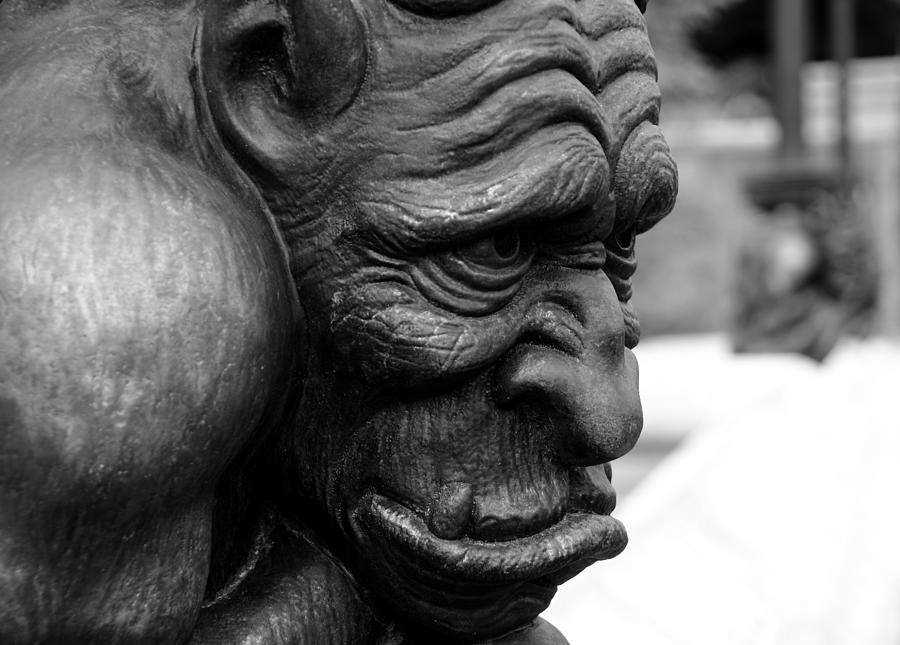 The Shortcut to Happiness: Be Less Miserable (part 2)

The most reliable way to increase your happiness is to remove something from your life that makes you unhappy. I gave twelve candidates for removal in my post of October 24, 2014. Here are twelve more:

12 More Reliable Ways to Be Miserable

Life gives you your portion of misery regardless of what you do. Eliminating additional, self-inflicted misery is the simplest way to be happier. 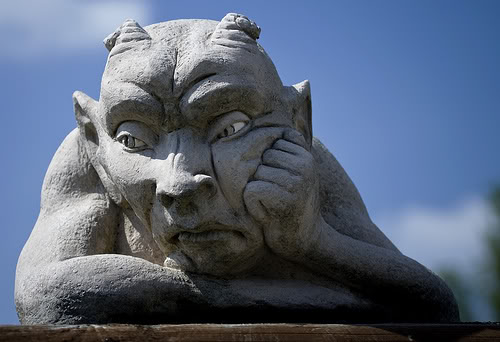 The Shortcut to Happiness: Be Less Miserable (part 1)

Much is written and said about how to be happy. Practice your faith. Spend time with people who care about you. Get a dog. Count your blessings. Help somebody. Cultivate a hobby. Laugh more.

Good ideas, all. But they may not work for you. The most reliable way to increase your happiness is to be less miserable: remove something from your life that makes you unhappy.

Here are some candidates:

12 Reliable Ways to Be Miserable

Life gives you your portion of misery regardless of what you do. Eliminating additional, self-inflicted misery is the simplest way to be happier.

“Houston, we’ve had a problem.”

Two days into its flight, Apollo 13, about two hundred thousand miles from Earth and rocketing toward the Moon at two thousand miles per hour, had suffered a catastrophic explosion of oxygen tank number 2. “We had a pretty loud bang,” Commander Lovell radioed to Mission Control.[i]

Like blood pouring from a wound, glowing vapor gathered outside the spacecraft’s service module as its oxygen supply emptied out into space. Oxygen needed for breathing. Oxygen needed to generate the power to control the ship at all, let alone to fly it back to Earth. Apollo 13 and the three souls inside began to drift out of control, pushed around by unidentified forces.[ii] The engineers on the ground and the astronauts stuck halfway between the Earth and the Moon quickly realized that their mission was no longer lunar exploration but survival. The fastest way home required three days of flying.  The fastest way home required three days of breathing.

The world looked up at the sky in wonder and worry. Then the gaze shifted to NASA’s Manned Spacecraft Center in Houston, Texas. Everyone inside the space center looked to the one person responsible for the men and machines of Apollo 13: flight director Gene Kranz. With the whole world watching and the president on line 1, Kranz was responsible for everything that happened next, for all efforts to prevent three astronauts, men he knew and liked, from asphyxiating and floating off into space forever.

Flight director Kranz called his direct reports to his station in the crowded and stunned command center. After the data confirmed that the situation was as dire as it seemed, Kranz asserted his full authority over and responsibility for the mission.

He issued three orders to his team on the spacecraft and on the ground:

If there was any chance at all of salvaging the mission and saving the men’s lives, a full command of all the facts and options was vital. The team quickly became too busy applying their talents and experience to the data and exploring options to experience any of the distorting influences of guilt, fear, or panic. This approach generated two lifesaving outcomes. First, neither the astronauts nor Mission Control did anything to make the desperate situation worse. Second, they made astonishing use of the means at hand to fashion a rescue vehicle out of a broken spacecraft and its lunar landing module.

The three astronauts left the large command module and powered it down to save electricity for the flight back. The attached small lunar landing module became their lifeboat. To conserve power and water, Apollo 13 switched to the guidance system intended to enable the lunar module to land on the Moon. The flight trajectory was changed so that the Moon’s gravity would slingshot the disabled spacecraft back to Earth without using the damaged engines.

Engineers on the ground helped the astronauts figure out how to jury-rig a lifesaving device for removing carbon dioxide from their air supply, using a space suit air hose as a filter holder. They also invented a protocol for an in-flight power-up of the command module section of the spacecraft, something never before achieved or even envisioned.

About one hour before the end of the sixth day of traveling, Apollo 13 landed in the South Pacific, and was collected by the USS Iwo Jima. All hands onboard had been saved.

The astronauts’ lives were preserved by gumption: courage + resourcefulness + common sense (“let’s not make it worse by guessing”), demonstrated by Gene Kranz and taken up and copied many times over by the astronauts and Mission Control.

Genius is not Gumption

Genius is an endowment. A few people are born with it. Some fraction of those people find themselves in a family or field where their genius is recognizable and applicable.

The rest of us can be inspired by the likes of Shakespeare, Ben Franklin, George Washington, Mozart, Albert Einstein, Michael Jordan, Martin Luther King, Jr., Mother Teresa, Paul McCartney, Sam Walton, Oprah Winfrey, and others. But we ought not to hold ourselves up to them, lest we become discouraged. As the Earl of Lytton once wrote: “Genius does what it must and talent does what it can.”[i]

Their colossal accomplishments are not a testimony to gumption but instead to a unique combination of inherited genes, a superhuman appetite for hard work—and phenomenal luck. You cannot successfully imitate this combination.

Mark Twain tells us to forget the idea that “Franklin acquired his great genius by working for nothing, studying by moonlight, and getting up in the night instead of waiting ’til morning … these execrable eccentricities of instinct and conduct are only the evidences of genius, not the creators of it.”[ii]

Genius, by the way, is not usually transferable outside of its niche.

Michael Jordan retired from basketball and joined minor league baseball’s Birmingham Barons. He achieved an on-base percentage of only .289 in his one season. He returned to basketball and won another three NBA championships.

Linus Pauling won the 1954 Nobel Prize in Chemistry for research on chemical bonds published when he was thirty. For his heroic and unstinting work as a peace activist—during which time he told Senator Joe McCarthy to go to hell—he won the Nobel Peace Prize in 1962. In the 1970s Pauling produced widely followed medical advice— including a national bestseller, Vitamin C and the Common Cold—on the power of vitamin C to cure colds, the flu, and even cancer.

Pauling was mistaken. His ideas about vitamin C were—with some hesitation, given Pauling’s accomplishments—resisted by scientists at the time and have never been proven valid. This made him, in the words of physician Paul Offit, “a man who was so spectacularly right that he won two Nobel Prizes and so spectacularly wrong that he was arguably the world’s greatest quack.”[iii]  But still a genius.

Sir Isaac Newton lost ?20,000 ($4 million in today’s money) in 1720 speculating on stock in the South Sea Company Newton said: “I can calculate the movement of stars, but not the madness of men.” Least of all could he calculate his own lack of common sense.

Genius is not gumption.

[i] “Genius does what it must and talent does what it can”: Robert Bulwer-Lytton, 1st Earl of Lytton, English dramatist, novelist, and politician (1803–73) http://en.wikiquote.org/wiki/Robert_Bulwer-Lytton,_1st_Earl_of_Lytton. Retrieved August 13, 2014.

[ii] “…these execrable eccentricities of instinct and conduct are only the evidences of genius, not the creators of it”: Mark Twain, The Late Ben Franklin, 1870, quoted in Blooms Classic Critical Views: Ben Franklin, Edited by Harold Bloom (New York: InfoBase Publishing, 2008), 56.

As used in American English, gumption is an old-timey, folksy word that conjures up a picture of a plainspoken person with a lot of common sense, spunk, and spirit. People with gumption—often seemingly unsophisticated characters who happen to be wiser and more clearheaded than the rest of us—are staples of folklore the world over.

This classic role was played to great effect by the American humorist Will Rogers (“Why don’t they pass a constitutional amendment prohibiting anybody from learning anything? If it works as good as Prohibition did, in five years we will have the smartest people on earth.”).

A more recent example of gumption that resonated strongly in American popular culture was Sheriff Andy Taylor of Mayberry, the central character of the 1960s sitcom The Andy Griffith Show. Andy’s unassuming, folksy persona gave cover to a courageous and resourceful master of human nature who quietly and effectively functioned as the guardian of his eccentric community. Some of Sheriff Taylor’s best work was guarding the self-esteem of the anti-Andy, his incompetent, timid, and superbly grandiose deputy, Barney Fife.

I think Sheriff Taylor would agree with Robert Pirsig’s definition of gumption in his 1974 book Zen and the Art of Motorcycle Maintenance:  “psychic gasoline,” fuel for getting work done. “If you are going to repair a motorcycle,” he wrote, “an adequate supply of gumption is the first and most important tool.”[i] But the motorcycle he is writing about is, as he says, “primarily a mental phenomenon.” And, as he also makes clear from the very beginning, “the real cycle you’re working on is a cycle called ‘yourself.’”[ii]

Order your copy of Gumptionade today. Buy on Amazon

Chapter 6: Know What Courage is For (PDF)